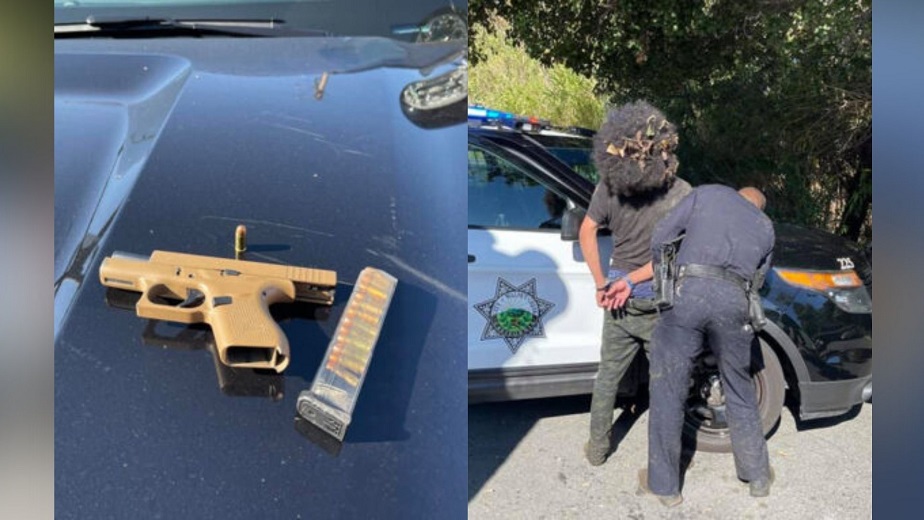 Officer Kim and his FTO Officer Young performed a traffic stop on the junction of S. Cal and Newell Ave. at 3:40 p.m.

One of the passengers in the vehicle, the 22-year-old Virgil Lee Adams, stepped out and fled the scene while they were investigating. Officers discovered a loaded handgun beneath the seat Adams was seated in.

Additional WCPD Officers and Detectives quickly responded to the scene.

Officer Marre and Sergeant Njoroge located Adams in the creek just south of Newell Ave. after a foot chase.

Officers Young and Kim located the loaded firearm and over 80 fentanyl pills inside the car.

Other occupants in the car included a 13-year-old male who was arrested for an outstanding warrant out of Oregon and Quan’naejia Ta’zjae Taylor (born on 10/31/99. Taylor was arrested for ID Theft. Excellent work by all involved!

Finally, according to crimeinformer.com, Adams was arrested in Portland, OR on Aug. 25, 2020 for attempted murder, assault and unlawful use of a weapon. According to his Facebook page he lives in Portland and is the father of three children.

According to crimeinformer.com, Taylor was also arrested on Feb. 2, 2018 for theft in Clackamas County, OR, then again on Aug 5, 2019 in Portland, OR for disorderly conduct and interfering with a peace officer. According to mugshots.com and bustedmugshots.com she was arrested by Portland Police on May 9, 2019 for robbery, identity theft and fraud. According to her Facebook page, she’s the mother of two children.