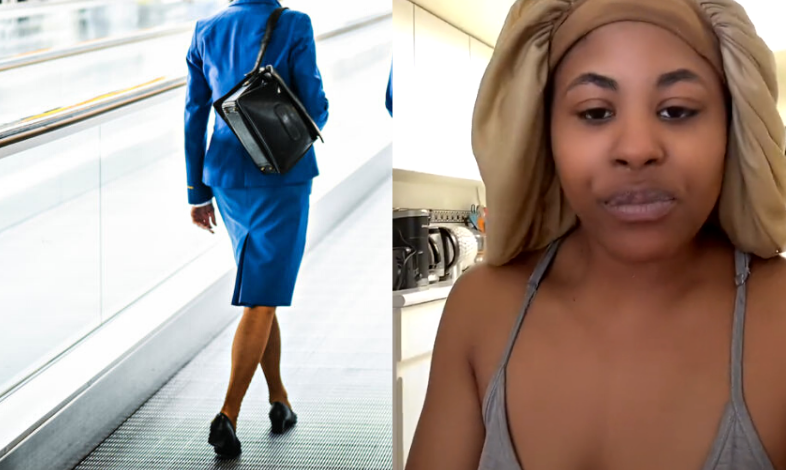 Young Black woman claims that she has been denied job at a popular airline company multiple times in five years, until she finally got accepted and got her second job interview scheduled once she applied for the same job pretending to be a White woman. This bizarre story immediately went viral online and sparked huge debate among the online community who expressed their concerns this is not an isolated case.

According to the Independent who brought the story to the light of the day few days ago, R. De’Chabert is the young Black woman who claims that she had never managed to reach the second job interview in the last five years when she applied for open job position as a flight attendant in Delta airlines. Even though she applied multiple times about the same job, she never made it past the first stage application form.

De’Chabert, who is behind the TikTok account @ginaaa_banks_, now says that everything changed once she applied for the same job position, but pretending to be a White woman. In the video she shared with her followers called “Applying to Delta for a flight attendant role for 5 years & get denied. Applys as a white woman, finally received a 2nd interview email,” the woman claims she was invited to a second-round interview with the popular airline company for the first time ever.

The video immediately went viral and as of writing of this article, it already reached more than 355k views, while nearly 60k liked it. Some found De’Chabert’s video controversial, while others supported the young woman and shared similar experiences in the comments. The video sparked huge debate gaining thousands of comments, but the comment sections was later disabled by the owner of the video.

“Girl the hell are you talking about. My mom just got hired for Delta as a Black women. Maybe it’s just you they don’t want lmao,” wrote one user before the comment section was disabled.

“Delta is rehiring heavy on a lot of departments because a lot of people retired when Covid was bad,” argued another. “That had nothing to do with it girl”.

“Girl Im just not looking at all of these comments,” said Ms De’Chabert in a TikTok addressing the criticism. “Is your momma me? No.”

De’Chabert later explained that the second round of the interview is a video interview where applicants are required to answer a series of questions, and that ”Its kind of heard to convey your personality over the camera unless you’re in a comfortable setting”.

“But when you’re doing it for a job interview its a little more stressful … So I didn’t appreciate the fact that after I got through the paper or online application that they did the second interview, and it wasn’t even meeting with someone,” she added.

In a statement, a spokesperson for Delta told The Independent: “Delta does not tolerate discrimination in any form in all aspects of our business, and these allegations run counter to our deeply-held values of respecting and honoring diversity.”

“Kids don’t see color. He sees daddy,” White parents show how they raise their Black adopted son, their story sparks a lot of controversy and debate
Man was rejected to board on his flight home because he ‘put on some weight’ since his passport photo was taken and didn’t match the picture, dies after missing life-saving treatment