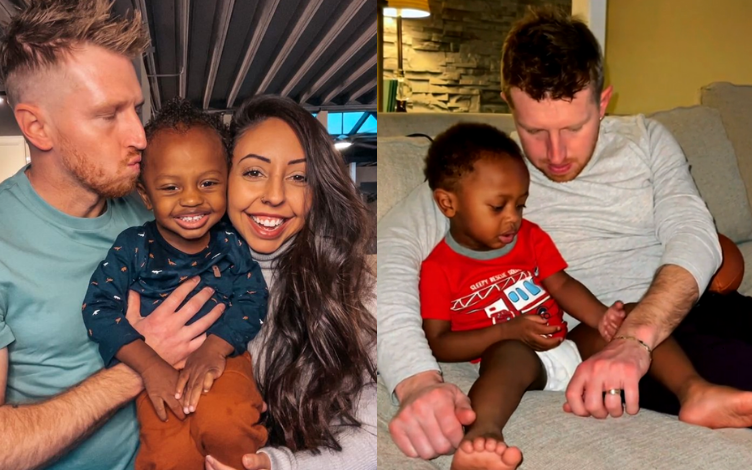 “I don’t think America is a racist country.” “But we also do have to speak truth about the history of racism in our country and its existence today.” This is what Vice President Kamala Harris said to ABC’s Good Morning America just a day after Sen. Tim Scott said that although he himself had experienced the pain of discrimination, “America is not a racist country.”

Whether someone will argue or not, America has done a lot in the last decades with the racism problem and majority of Americans are nowadays trying to fight racism and every type and form every single day. But Vice President Harris is also right that many people are still having hard times to talk about the racism in the past, and more importantly, the racism today.

This problem with speaking about skin color and racism was once again confirmed after Steven and Ashley Evans, a White couple that runs a popular TikTok account with more than a million followers, posted a video of a conversation with their Black adopted son about skin color and the video almost immediately gained a lot of attention, went viral across the platform and people went ‘wild’ with their comments below the video.

Steven and Ashley are behind the popular TikTok account @happilyevansafterr, which now has more than 1.5 million followers, and they posted the “first skin color conversation” with their 2-year-old adopted son late last month. In a matter of days, the video went viral and people started the debate in the comments section whether young children are old enough to discuss race.

From what is seen in the video, Steven asked his son “What color are you?” to which the little Abriel answered, “Brown.” Steven then asked, “Is daddy brown?” and Abriel responded “no.” While there is nothing controversial speaking to your kids about skin color, many people found the age of the boy to be a problem when talking about race and skin color.

While many people criticized the couple in the comment section, there are also people who are completely aware of the ‘skin color’ and ‘racism’ problems Americans face every day and supported the couple for teaching their child from the early ages about skin color. “Kids don’t see color. He sees daddy,” a comment with nearly 140k likes said. “Good job Dad! Our differences make us all amazing!! How good would a piano be if all they keys played the same note???,” another comment read.

Speaking to Insider earlier this month, the Evanses said their intention wasn’t to encourage people to follow their example, but the controversy in the comments section suggests some viewers may perceive their content that way. It serves as a reminder that most TikTok parenting content — despite often going viral — isn’t based on peer-reviewed sources like academic research and books, which experts say are the best resources for advice on how to educate a child, and warn that viewers should not try to emulate the behavior they see on social media.

Experts also agree that parents who adopt a child of a different race, should talk to their children about the skin color and all the differences from their early ages. According to Anthony Hynes, a training specialist at the Center for Adoption Support and Education and a transracial adoptee to white parents, the couple in the video ‘are moving in the right direction’ because transracially adopted children should not be raised in a “colorblind” atmosphere.

“Go ahead try me…,” Aggressive elementary school teacher threatened 9-year-old student with autism, the girl hurt herself all over the face and body out of fear
“The one time I apply as a white woman, I got accepted,” Black woman claims she was denied job for years until she pretended to be White and finally got accepted