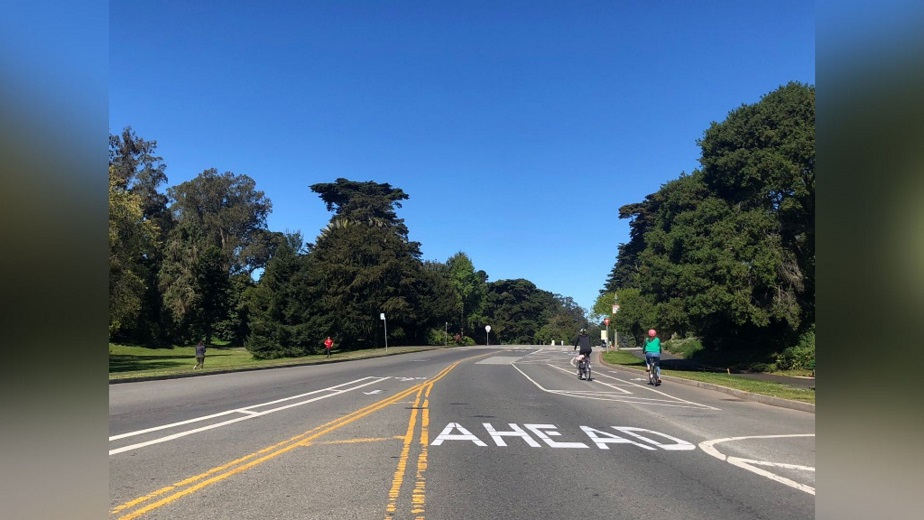 San Francisco, California – San Francisco officials announced on Wednesday that they are seeking feedback from citizens as they intend to modify the car-free route around Golden Gate Park’s John F. Kennedy Drive.

Back during the start of the COVID-19 pandemic, the city made most of JFK Drive between Transverse and Kezar drives carless to provide space for social distancing for individuals walking, running, and cycling.

Since then, the car-free route has become wildly popular, with San Francisco Recreation and Park officials seeing a 36 percent increase in recreational use along the street compared to pre-pandemic numbers. Additionally, the car-free initiative also brought serious injury collisions along the street to zero — compared to more than 50 such collision over the previous five years.

Due to its success and in an effort to better serve residents, officials with Rec and Park, as well as the San Francisco Municipal Transportation Agency, are now looking for ways to improve the route.

Specifically, the program asks residents about options for JFK Drive and other park streets, including making the current closures permanent; reverting back to pre-pandemic configuration; or providing managed vehicle access to the park with limited vehicle access on JKF between Eighth Avenue and Tansverse Drive for westbound traffic only.

“Public feedback is critical to determining the post-pandemic future of JFK Drive and we are eager to hear your thoughts and experiences,” San Francisco Recreation and Park Department General Manager Phil Ginsburg said in a statement. “Golden Gate Park belongs to everyone, so neither safety nor access can be an afterthought.”

“Golden Gate Park’s car-free route was designed to create safe recreational space during COVID. It turned out to be a major attractor, bringing more people to the park, serving commuters between the Sunset and downtown, and creating safe space for kids to learn to ride,” said SFMTA Director of Transportation Jeffrey Tumlin.