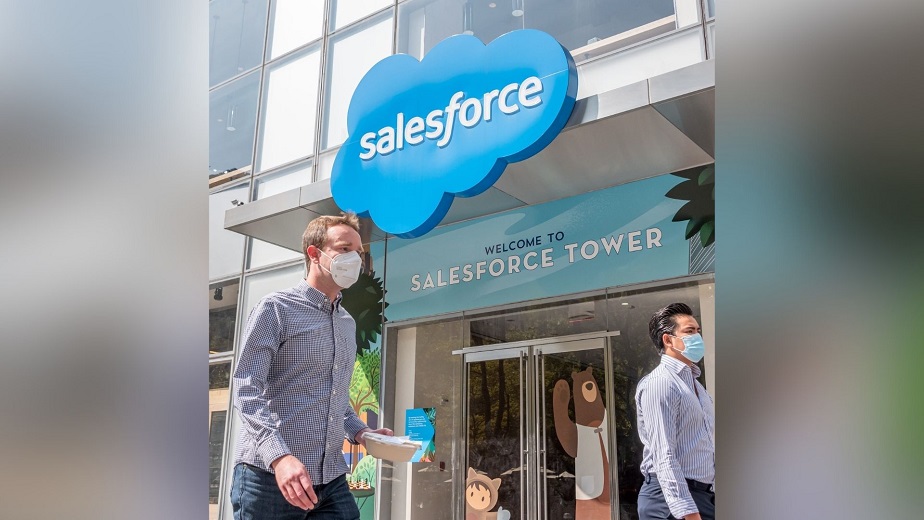 San Francisco, California – Texas just adopted one of the most extreme anti-abortion measures seen in the United States since Roe v. Wade, a state that has been objectively purpling over the last several years. Salesforce workers who work in the state, on the other hand, will have their employer’s assistance in moving if they want.

Senate Bill 8 was signed into law in May and put into force earlier this month. According to the law, health practitioners are banned from performing or inducing abortions if they have “found a fetal heartbeat for the unborn child,” which can usually be detected 5 to 6 weeks following a woman’s last menstrual period. What happens when a doctor breaks the law? If they conduct abortions in violation of the law, they will be fined $100,000 unless there is a medical emergency. (Those seeking illegal abortions will face a same fate.)

But for Salesforce employees who work in the state, the company is set to offer an olive branch to help them get out of Dodge.

Per a Slack message obtained by CNBC, the tech company didn’t explicitly mention any specific state in a message that was sent to thousands of employees Friday. That said: CEO Marc Benioff, however, clarified the company’s stance before the weekend, tweeting “Ohana if you want to move we’ll help you exit TX. Your choice” — simultaneously linking to the CNBC report in his remarks.

“These are incredibly personal issues that directly impact many of us — especially women,” Salesforce told employees in the Slack message, which CNBC obtained. “We recognize and respect that we all have deeply held and different perspectives. As a company, we stand with all of our women at Salesforce and everywhere.”

The note continues: “With that being said, if you have concerns about access to reproductive healthcare in your state, Salesforce will help relocate you and members of your immediate family.”

A report from The Verge highlighted that this movement to help affected employees and their families navigate the anti-abortion law in Texas was an incredibly uncommon moment of solidarity between otherwise rival companies. Both Lyft and Uber said last week they would completely cover legal fees for any of its drivers sued under the Texas law. Match Group — the dating app juggernaut that owns Bumble and Tinder — announced it had created a relief fund for women seeking abortions.

CNBC also noted that Benioff has canceled programs that required customers and employees to travel to the state. The US Justice Department, too, is now seeking an injunction to prevent enforcement of the Texas law, describing Texas’ abortion law infringes on a settled constitutional law, which ‘a state may not prohibit any woman from making the ultimate decision to terminate her pregnancy before viability.”