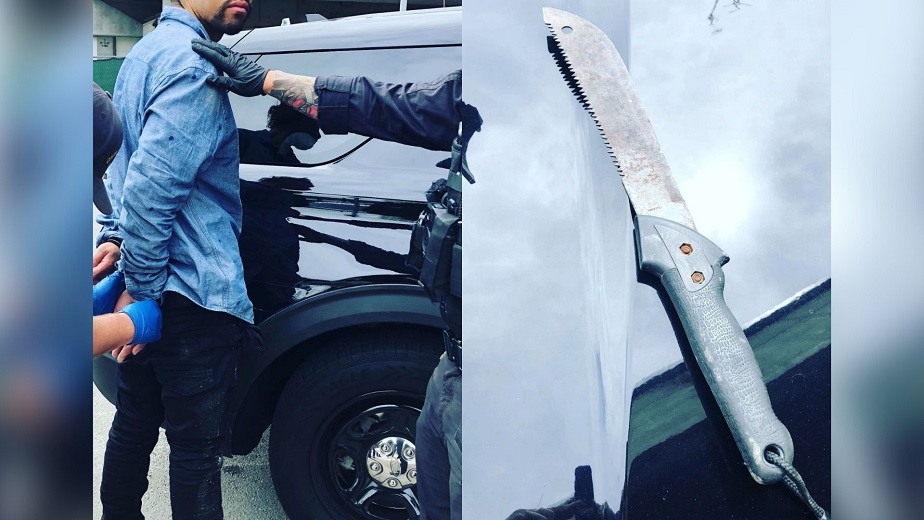 Walnut Creek, California – Officers from the Walnut Creek Police Department responded to a call about a man threatening with a machete at the Target store.

Upon arrival at the scene, officers determined the suspect had already fled the store on foot, and after a short pursuit, they were able to arrest him at a construction area near WC Bart. The suspect was identified as 31-year-old Richmond resident, Angel Rodriguez, who was on parole for robbery.

Target employees told detectives the suspect used his machete to open the cash register but did not manage to take any money from it. Some of the customers and employees at Target were shaken by the unfortunate experience.

Rodriguez was taken into custody on parole violation and attempted robbery charges and placed in the Martinez Detention Facility.