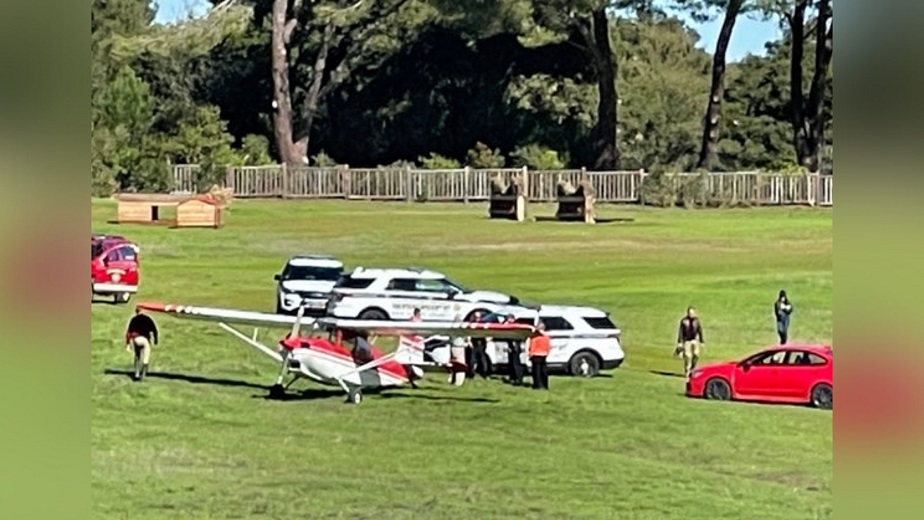 Woodside, California – According to the San Mateo County Fire Department, a small aircraft made an unexpected landing in a horse facility in Woodside on Sunday.

According to the FAA, the single-engine Bellanca Citabria 7ECA landed safely around midday after the pilot detected a potential fuel leak and declared an emergency. N504B is the registration number of the aircraft.

The two occupants aboard the plane were uninjured.

Officials haven’t confirmed if there were any injuries during the landing. The plane landed in an open field at the Horse Park in Woodside, located at 3674 Sand Hill Road.

According to their website, the facility is closed to equestrienne events today.

While waiting for the bus, San Francisco woman injured in what appears to be unprovoked paintball attack
San Francisco man arrested after injuring an animal