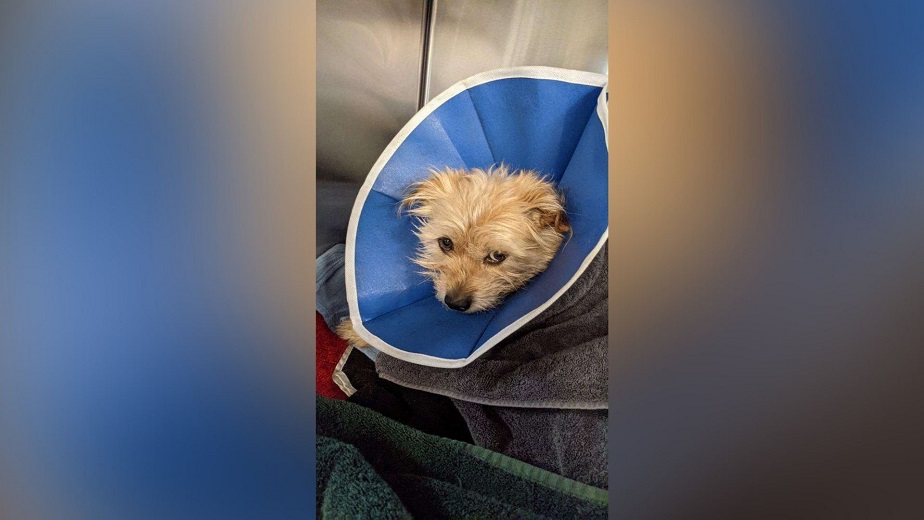 San Francisco, California – Derrick Juan Strong, 35, was detained as a suspect in a dog stabbing that occurred inside a parked car in Bayview with the owner still inside.

Strong is presently being jailed on various criminal counts.

The Bayview District Station of the San Francisco Police Department responded to a complaint regarding a dog that had been stabbed off Shafter Avenue at 5 p.m. on October 27.

Officers arrived to find a 50-year-old lady holding her injured terrier, which was wrapped in a material to stop bleeding. Officers rendered aid and subsequently assisted in transporting the dog to a local animal hospital.

According to a news release from SFPD, a male suspect, who was found near the scene, was later detained by officers after they conducted a search of the suspect, which led to them locating and seizing a knife that was in his possession.

Per SFPD, Strong is currently being held on “criminal threats (422(a) PC), maliciously injuring an animal (597(a) PC), and brandishing a weapon other than a firearm (417(a)(1) PC) for this unprovoked violent attack.” The dog has had its life-threatening injuries successfully treated and is expected to survive; the terrier-mix is now healing back at home with its family.

Though an arrest has been made in this case, the investigation remains open and active. Anyone with information is asked to call the SFPD Tip Line at 1-415-575-4444 or Text a Tip to TIP411 and begin the text message with SFPD; tips can be left anonymous, as well.

The stabbing of this terrier comes amid a year that’s seen an increased amount of local dog nappings, as well. Multiple stolen dogs — including two stolen french bulldogs in San Francisco — have since been reunited with their rightful owners, thanks to community efforts and SFPD investigations, but many more have remained unaccounted for.