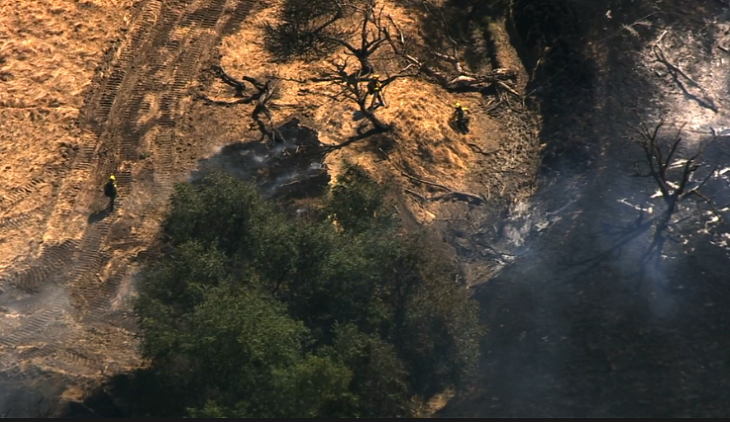 Concord, California – A vegetation fire is burning near state Highway 4 in Concord on Tuesday afternoon and has prompted the closure of highway lanes, according to the Contra Costa County Fire Protection District.

The fire was reported at 2:38 p.m. along Highway 4 just west of Willow Pass Road and had burned about 15 acres as of shortly after 3:30 p.m., fire officials said.

The two right eastbound lanes of Highway 4 and the off-ramp to Willow Pass Road are closed as a result of the response to the blaze, according to the California Highway Patrol.

Fire officials said the flames has not yet been controlled.