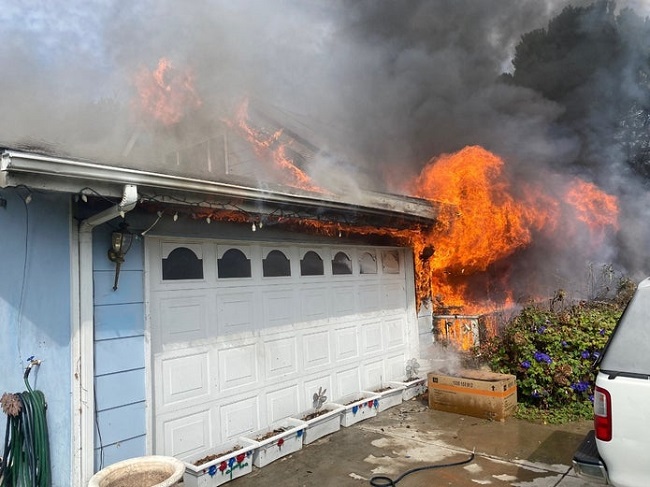 The blaze was reported at 11:17 a.m. in the 1200 block of Bentley Street, near Bancroft Road, and was contained before it could spread to any neighboring residences.

The first of five engine crews arrived by 11:21 a.m., and the fire was contained by 11:45 a.m. without the need to call a second alarm, according to Fire Prevention Capt. Joe Ottolini.

No residents or firefighters were injured, Ottolini told Patch.

The cause of the fire had not yet been determined as of 4 p.m. Friday, according to Ottolini.

Crews were expected to remain at the scene for “extensive overhaul.”