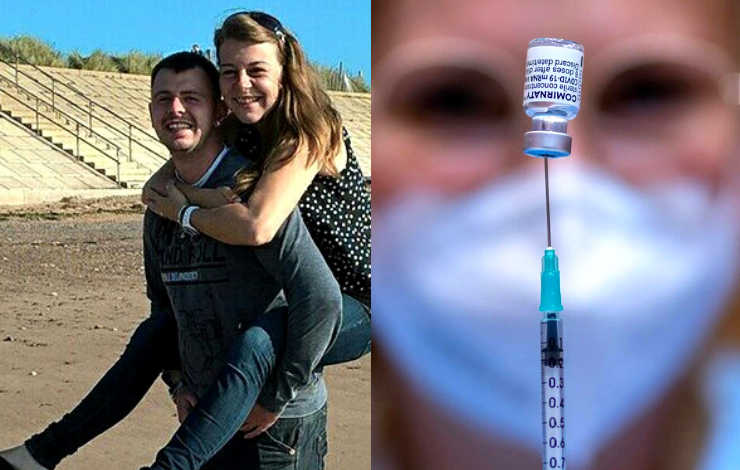 While in most of the cases those who have received any of the Covid-19 vaccines will develop none or mild negative symptoms from receiving the vaccine, in very rare cases some of the vaccinated will develop more serious symptoms, sometimes autoimmune diseases, which will eventually result in death. However, the number of these cases is very low that even the CDC has confirmed that the benefits of Covid-19 vaccination outweigh the known and potential risks.

Unfortunately, this was not the case with the 36-year-old D. Wooldridge, a mother of two minors, who died last summer just eleven days after receiving her first Covid-19 vaccine dose. According to multiple news outlets that reported about the case, the mother was vaccinated with the Pfizer vaccine and almost a year after her death, her family was left in shock after the pathologist revealed his belief that she has died as a result of having the vaccine.

According to Wooldridge’s family members who attended the inquest earlier this month, Wooldridge received her first Pfizer dose on June 4 last year. Wooldridge’s husband, Ashley, said that she was completely healthy prior to receiving the vaccine, something that was also confirmed by the toxicology report adding that no signs of alcohol or drugs were found in her system at the time. The only points noted were inflammation of the heart, fluid in her lungs alongside a small clot on her lungs, the Independent reported. In addition, menstrual irregularity and complaints of pain in her jaw and arm in the days after the vaccine, the pathologist suggested, were linked to myocarditis (inflammation of the heart).

He told the coroner: “On the balance of probabilities, she had vaccine-related problems. There is nothing else for me to hang my hat on. It is the most likely reason, in my conclusion. It is more than likely Wooldridge died in response to the Covid jab.” The family, understandably, was in complete disbelief of what they had just heard, but Ashley was also happy that he can at least explain to his children the real cause of death when they grow up.

Wooldridge started June 15 just like any other ordinary day. Per her husband, she had dropped her son off at school that morning, then she had a coffee with one of her friends and she had spoken with her mother once she came back home later in the afternoon. Nothing indicated that the worst is about to happen. Few hours later, her brother found Wooldridge dead at her home after failing to collect her five-year-old son from school. The initial post-mortem examination on the body of Wooldridge had previously proved inconclusive. Almost a year after the woman’s death, everything changed.

Speaking on his behalf, Wooldridge’s brother asked the pathologist: ‘Do you think she would still be alive if she hadn’t had the vaccine?’ The pathologist responded: ‘It’s a difficult question but I would say yes. I wish to pass on my condolences to Dawn’s family.’

Concluding the inquest, assistant Coroner said: ‘Today I heard from Dr. Ghataura and during the course of the evidence he expressed a change of view that in the balance of probabilities, it is more likely than not she died from acute myocarditis due to her recent Covid-19 immunization. ‘I give the narrative conclusion that her death was caused by acute myocarditis, due to recent Covid-19 immunization. Ashley, you will have something to say to your children to explain why their mother died so tragically.’