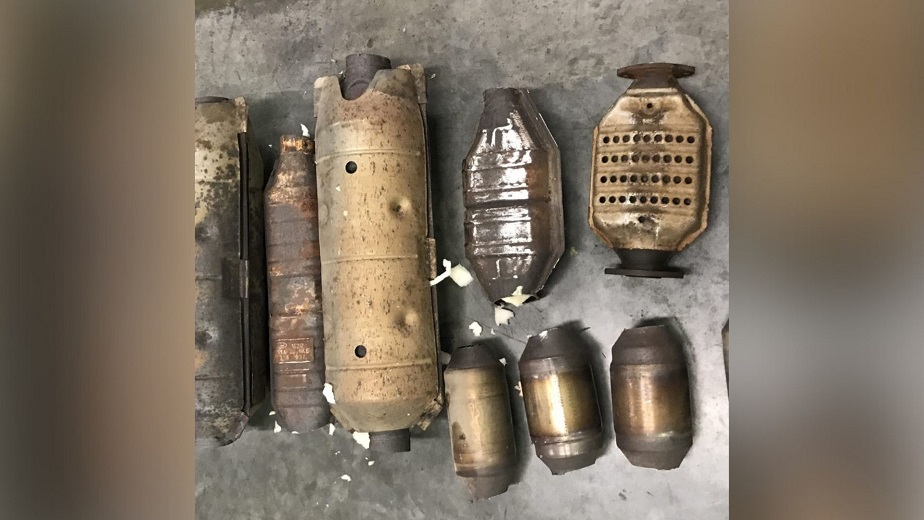 Fremont, California – The Fremont Police Department said on Monday that after a yearlong investigation, they had found stolen catalytic converter material and pallets with at least 300 suspected stolen converters at a local recycling business.

An undercover officer allegedly conducted a sting operation at Arrow Recovery, which is located in the 46000 block of Warm Springs Boulevard in Fremont. The undercover officer sold the company cut catalytic converters that were etched with the word “stolen” or another identifying mark. The investigation lasted several months, and it is said that during that time, Arrow Recovery “repeatedly” bought stolen converters from undercover law enforcement investigators.

The Fremont Police Department got a search warrant for the business in June of this year. After executing the search warrant, they claim to have discovered “several” 55-gallon barrels filled with refined and semi-refined catalytic converter material in addition to 300 converters that they believe were stolen.

The goal of the undercover operation, according to the police, was to stop thieves from using a “main channel” to sell stolen converters.

Due to the condition of the majority of the converters, “it is generally not possible to confirm the origin” of many of the recovered items, according to the police. But detectives are looking into whether or not they can match converters to the people who said theirs were stolen.

Fremont police said that their investigation has led them to believe that there has been a drop in the number of thefts involving converters in the city over the last couple of months.

The operation, which is still active, was a joint effort on the part of the Fremont Fire Department, the Silicon Valley Regional Computer Forensics Lab, and the State Toxic and Hazardous Waste Department.

The Fremont Police Department will continue to work collaboratively with the agencies and the Alameda County District Attorney’s office to prosecute Arrow Recovery for receiving stolen property.