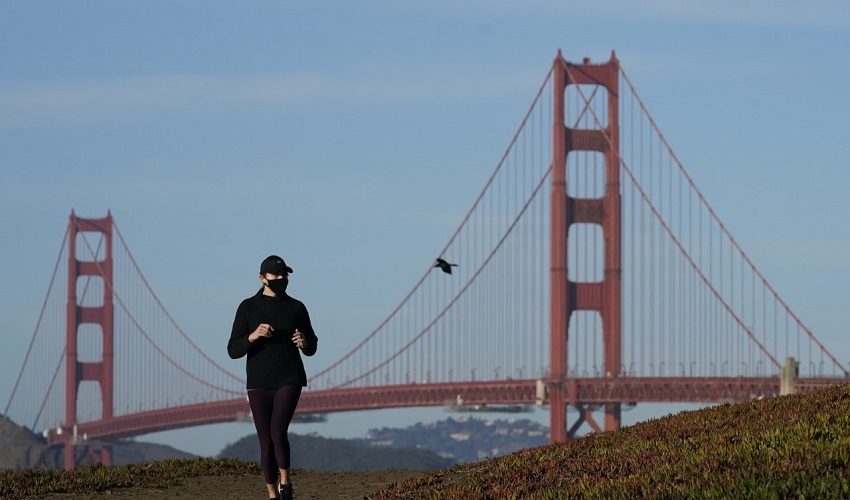 San Francisco officials said Tuesday that Covid-19 restrictions implemented two weeks ago have helped slow spread of the virus, but they also warned that the upcoming two weeks will be critical in controlling any major surge in cases.

On Dec. 6, The City, four other Bay Area counties and Berkeley voluntarily established stay-at-home orders ahead of state direction — the move increased restrictions on gatherings, restaurants and retailers. The state-defined order is tied to intensive care unit bed data and triggered when a region falls below 15 percent ICU availability. Most of the state is now subject to the order, with exception of the Northern California Region.

Mayor London Breed noted at a press conference Tuesday that the restrictions appear to be working, saying:

“While our cases are still high, we have some data that shows people in San Francisco have been moving around less over the past two weeks.”

Director of the Public Health Department Dr. Grant said there is “relatively good news” in that the new cases-per-day rate moving at a slower pace due to the behavior changes of San Francisco residents.

“Two weeks ago, when we started the limited stay-at-home order our cases were increasing on an average of 8 percent every day. Today, our cases are increasing, on average, at 2 percent per day. This is because of the changes that we have made in our behavior.”

He added that based on the decreased reproductive rate, projection models show peak hospitalization rates dropping from 1,490 to 590. Additional deaths are also projected to drop from 544 to 214.

Colfax said the goal is to get the reproductive rate below one over the next two weeks, which would push projections down even further.

“I hope everyone sees that by working together and making sacrifices and changes to our behavior, we are saving lives, and we can still do more.”

As of Sunday, 175 Covid-19 patients were being treated in The City’s hospitals, coming down a bit from the record-breaking 181 reported the day prior. However, the average number of new cases per day is 275, which also is a record high, Colfax said.