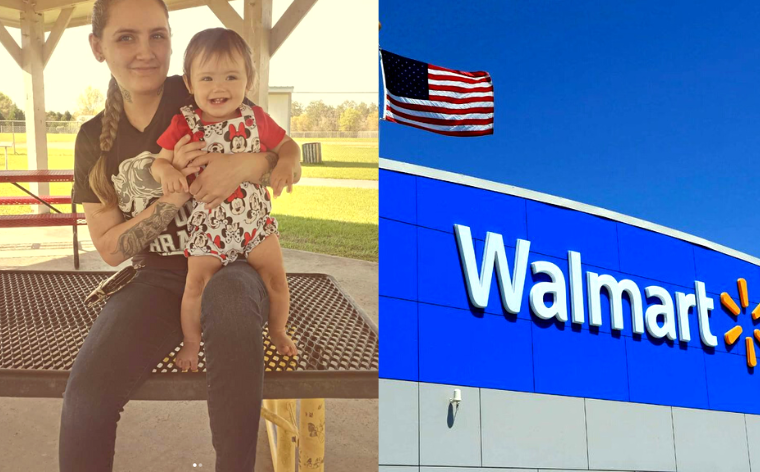 The worker shortage is something that has hit almost every single company nationwide in recent years, and in an effort to keep existing but also attract new potential workers, companies are constantly improving the working conditions. Pregnant women and young mothers are among those who benefit from these improved working conditions, as the number of companies offering paid pregnancy leave is on the rise. In addition, many companies offered, and still offer, work-from-home options for pregnant women to keep them as safe as possible from getting infected with Covid-19.

While the situation has improved in general, unfortunately, many companies still have strict policies in place that cause a lot of problems for workers, especially pregnant women. K. Alegata, a 21-year-old mother, is one of those who experienced mistreatment while working at Walmart, and she decided to file a lawsuit against the company earlier this month for what she went through in the period after giving birth, ultimately resulting in contract termination.

According to Alegata, she was pregnant when she started working for Walmart in December 2019. Just three months into the pandemic, in May 2020, Alegata gave birth to a healthy baby girl. She started experiencing issues for the first time as soon as she returned to work months after giving birth. Alegata was hired at a Florida Walmart location as a deli worker and baker. She sued the chain for discrimination earlier this month, saying that her managers often didn’t give her breaks to pump milk and that her request for pregnancy-related accommodations was turned down, even though she had a note from her doctor.

Alegata claims in the lawsuit that the store manager and the manager of the deli department would purposely push back on her requests for breaks to pump milk and they often kept the room designated for lactation locked, forcing her to wait up to an hour before she was allowed access. Managers sometimes didn’t unlock the room at all, so Alegata had to share space with male coworkers and pump milk in front of them while they were typing on laptops next to her.

The young mother claims her bosses found her lactation needs ‘problematic’ even though these breaks are protected by federal law. Once she was granted access to the designated room, Alegata asserts she was ‘constantly interrupted‘ by other staffers at the store. While uncomfortable, Alegata allegedly bore those slights up until January 2021, after obtaining a note from her doctor requesting a more reasonable accommodation. However, the store managers didn’t take the doctor’s note into consideration, claiming that Walmart ‘does not accept doctors’ notes.’

With no other options left, Alegata contacted the general manager in January 2021 hoping that she would be granted the much-needed breaks without interruptions. She additionally said to the general manager that by denying her request, the company violated Title VII of the Civil Rights Act of 1964 which prohibits employers from discriminating against their employees based on race, color, religion, s*x, and national origin.

Two days later, Alegata had her contract terminated and she was fired. Alegata first filed the charge of discrimination with the Equal Employment Opportunity Commission and the Florida Commission on Human Relations (FCHR) in September, and in May of this year was granted permission to sue the store. The woman demands to be compensated for lost wages, benefits and emotional distress.

Randy Hargrove, a Walmart spokesperson, has commented on the case:

“We support our associates by providing accommodations every day and believe store management provided (the woman) with the necessary breaks to express milk in a secure, clean and private area.” He said that Walmart’s policy “has always fully met or exceeded both state and federal law.”

“Parents bring their children here for care, these are our kids,” 23-year-old daycare worker was caught on camera abusing toddler as she was forcefully trying to get the child to sleep, charged
‘Picture-perfect American girl’, who was left paralyzed from the neck down after suicide attempt due to depression, speaks out to raise awareness and hopes to help young folks who experience similar issues