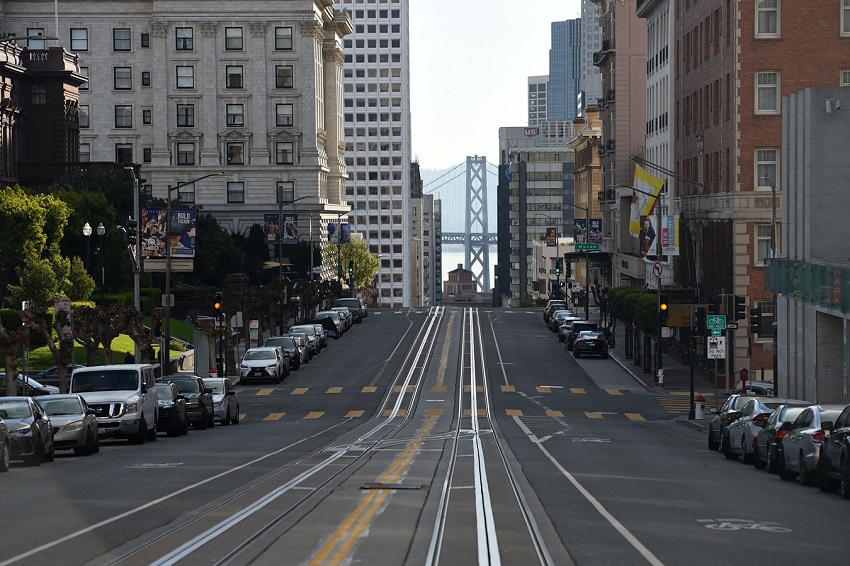 Just before midnight on Thursday, the entire Bay Area must go under a mandatory stay-at-home-order.

The Bay Area is seeing a surge in cases of COVID-19, hospitals are filling up and ICU capacity has now dipped below 15%.

This is something Gov. Gavin Newsom warned would happen. After he announced a regional stay-at-home order earlier this month and divided the state into five sections when tracking the impact of the virus.

More than 53,000 cases of COVID-19 were reported Wednesday alone — a state record.

The Bay Area ICU availability is now at 12.9%, according to state data.

Some Bay Area counties already took these measures ahead of time to try to slow the spread of the virus. Some non-essential businesses, like UK Hair Salon in Burlingame, will have to close.

The owner extended hours on Wednesday to try to see as many clients as possible.

“We are going to be here until whenever until our last client leaves,” owner Jeff Silverman said. “When we are closed we don’t make any money I’ve still got to pay my landlord.”

Randy Musterer, owner of Sushi Confidential, said the shutdown is going to be tough.

“We know where the trend was going. I can personally understand from a health standpoint…but from a business standpoint just being shutdown one week early we lost thousands and thousands of dollars from that.”

And Ramin Bahabi, owner of Caffe Central, said he doesn’t know how he’s going to pay the bills.

“We have been dealing with this for more than nine months,” he said. “It has been a really rough time for restaurants, retail. Hair dressers, nail salons. Everyone. We have to make a living. We spent a lot of money making this parklet. And then they come after us and say no outdoor seating. I kind of don’t get it.”

Officials say the virus is spreading at such a fast rate in California – it could overwhelm our healthcare systems. These tight restrictions now cover 98% of California’s population.

The stay-at-home order goes into effect tonight at 11:59 p.m. It will remain in effect for at least three weeks. The soonest the bay area can come out of this is Jan. 8.