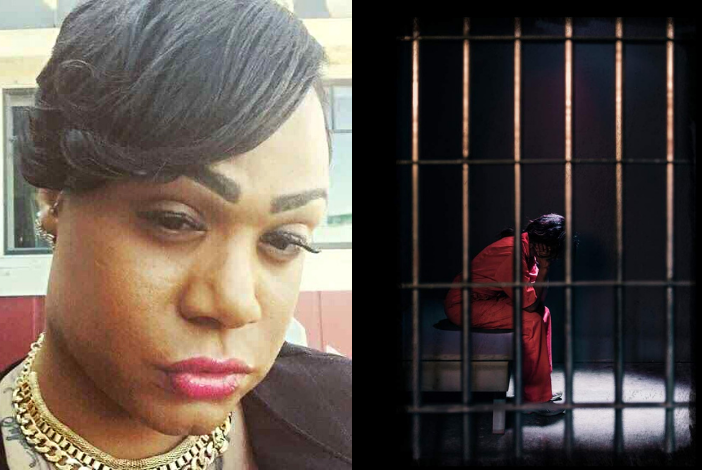 Gender identity and gender equality are two hot topics lately that bother every single American, including parents of young children, since dozens of gender-related incidents have been reported in schools countrywide in the last few months. While parents and teachers are having hard times dealing with the issue in schools, recently filed lawsuit by a trans woman additionally fueled the debate across the county.

According to the The Hill that was among the first that reported about the lawsuit, a 40-year-old woman, identified as K. Z. Brown, is suing the N.C. Department of Public Safety (DPS) for allegedly violating the rights of a transgender inmate by denying her access to gender-affirming care. Per The American Civil Liberties Union (ACLU), that has filed the lawsuit late April on behalf of Brown, DPS is accused of withholding “essential” medical care to Brown, a transgender woman who has been in state custody since 2017 and has been diagnosed with gender dysphoria.

The lawsuit claims that Brown, convicted of insurance fraud and jailed to 10 years, was placed in a male prison ignoring the fact that she had already made the full transition from male to female prior to being jailed. In a previous report, Brown blamed the state for failing to recognize her as anything other than a man, referring to her as Kevin Chestnut, her birth name, even though it’s been legally changed.

Following several complaints, Brown was finally transferred at a women only correctional facility in 2019, after spending roughly two years in male facilities. Since she was jailed, Brown claims she had requested certain treatment and accommodations for her gender dysphoria, including gender-affirming hormone therapy, and use of her legal name and gender-consistent pronouns. But none of her requests were met.

“Mrs. Brown has a serious medical condition that DPS’s own health care providers have recognized requires treatment including gender-affirming surgery,” Jaclyn Maffetore, staff attorney with the ACLU of N. C. said in a statement accompanying the complaint. “DPS’s denial of treatment is not only discriminatory — it is inhumane. By refusing to treat her gender dysphoria, DPS subjects Mrs. Brown to needless suffering and places her life at risk.”

Gender dysphoria is the feeling of discomfort or distress that might occur in people whose gender identity differs from their gender assigned at birth or gender-related physical characteristics. This was the case with Brown, who was born male, but has identified as a female since she was child.

In addition, the lawsuit alleges that the treatment Brown received at the male correctional facility and the fact she, as a trans woman, was placed at male prison ‘caused her extreme mental and psychological distress and placed her at grave risk of physical health’. Her condition, the lawsuit continues, became so critical that at one point she was placed on suicide-watch.

The lawsuit is filed against several subjects including N.C. Department of Public Safety, DPS Secretary Eddie Buffaloe, Prisons Commissioner Todd Ishee and others. They are all accused of violating the U.S. constitutions and the Americans with Disabilities Act. The complaint seeks damages and an injunction requiring DPS to provide Brown with medical care and accommodations for her gender dysphoria, including the use of her legal name, gender-consistent pronouns, consistent hormone therapy and gender-affirming surgery since Brown has continued to be a target of discrimination even after moving to female-only prison, her lawyers say.

The family of a 38-year-old woman with disabilities, who was taken to jail instead of hospital to receive proper treatment, seeks justice after the woman ended up in coma less than two weeks in jail
30yo man, who exercised six days a week and had “literally zero” health problems in the past, suspected back pain and rough voice symptoms were due to possible Covid-19 infection until he was diagnosed with lung cancer