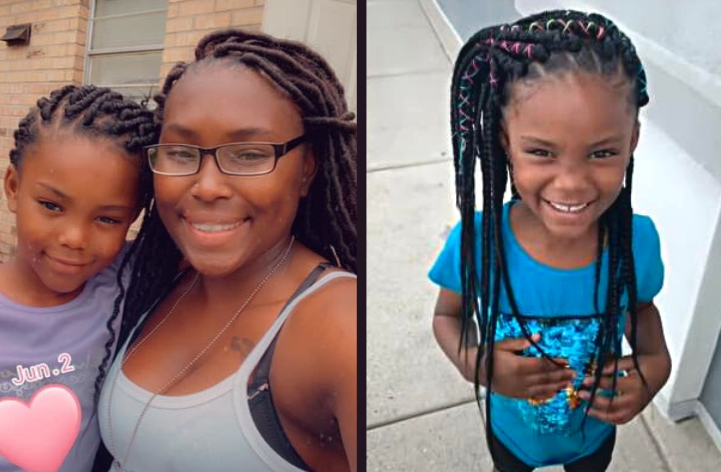 Safiyya Landry thought that Brenika Lott was just that—a person she could rely on the most and a person she could trust. Late last month, Safiyya definitely learned that she was mistaken after Brenika was found guilty of killing Safiyya’s 5-year-old daughter Daviana in an incident that happened in June 2020. Following the conviction, Lott was sent to prison, where she will spend the rest of her life.

According to the incident report, the little girl was found dead at Lott’s home in Texas and investigators confirmed the minor’s death at the scene. Even in the early stages of the investigation, the investigators said they believed that the girl had been “deceased for an amount of time.” The little Landry had bruises on her arms, chest, and face, and her eyes were swollen shut.

When first responders arrived at the scene, they found Lott performing CPR on the child in the living room. Lott initially told the officers that she found her “goddaughter” lying on the living room floor completely naked as soon as she woke up that day. After discovering the body lying on the floor, Lott allegedly woke up her son, who called 911. However, her story was not in correlation with the investigators’ belief about when the death had occurred based on the condition of the body.

Both Lott and her son voluntarily accompanied officers to the police department. Daviana spent more than a week at Lott’s house before she was found dead by the local authorities. According to Lott’s claims, she and her son, then 11, were the only ones who had been inside the home since the girl was their guest.

The first suspicion was raised when Lott tried to explain that the injuries Daviana had suffered were from dust mites, and she treated the bites with Calamine lotion. The head and back injuries allegedly happened while the girl was playing in the backyard, or at least that’s what Lott told the investigators. A few days later, Lott was arrested, charged with the death of a 5-year-old girl, and held in jail.

An autopsy listed Landry’s preliminary cause of death as craniocerebral trauma, including skull fractures, subdural hemorrhage, and brainstem contusions. The preliminary manner of death was ruled a homicide. During the investigation, the document says, Lott ignored the autopsy findings and insisted the injuries were insect bites.

During the several-day-long court process, Lott’s son, now 14, also took the stand and testified that he had seen his mother beat and assault Daviana several times during the girl’s stay in their house. He said that he had seen his mother punching the girl in the face, but she also pushed, slapped, kicked, and choked the girl and hit her with multiple objects. Investigators found blood on several objects, which were later used as evidence in court.

When shown objects in court, the 14-year-old said, “My mom hit Daviana with the cord,” and, “My mom hit Daviana in the head with that.” Lott’s son said he never hit Landry. The teenager testified that Lott shot a gun at him because he was being bad. He said the bullet shattered glass from the door, and Lott hid the glass because she did not want police to see it.

Lott’s son further said that he lied when initially questioned by the police after the incident, not only because his mother asked him not to tell the truth, but also because he didn’t want his mother to end up in jail. The teenager was taken by Child Protective Services after Lott ended up in jail, but now lives with another family.

Since the prosecutors didn’t seek the death penalty in this case, Lott received an automatic life sentence without the possibility of parole after the jury found her guilty of capital murder in the death of her goddaughter.